Written by Christine Johnstone on 28 March 2021. Posted in History thru the Decades.

Swinging sixties - 60s were a period of radical social and political change, equal rights were at a low ebb, womenвЂ™s liberation movements were being formed, rapidly changing attitudes presented a new challenge to Soroptimist International, how to continue in a changing world. Oral contraceptives were marketed and the Vietnam War, and the assignation of American President JohnF Kennedy in 163, all having an impact on our lives.

International themes for the decade was

1961 вЂ“ The United Nations ChildrenвЂ™s Fund UNICEF granted consultative status to SI in recognition of projects undertaken in all three Federations. Since the conception of SI the work for the improvement of conditions relating to children is fundamental to the aims and objectives of SI. If we can improve the environment education and future for children we are coming nearer to world peace. The latter part of the decade was a recommendation that Soroptimist Clubs exert pressure on their governmentes to support the Draft Declaration on the Elimination of Discrimination against Women.

Sorotpimists were encouraged to ensure equality in training women for vocations, and the advancement of women in developing countries.

1964 Programme Focus was now beginning вЂ“ ensure equality in training for women for vocations, support for youth organisations, and programmes which advance women in developing countries.

1961 saw visiting Soroptimsits from overseas, with Dr Mary Esslemont Vice President of the British Federation and Miss Kathleen Elliott immediate past S.I.A Secretary visiting, followed in 1963 by the first visit of a President of the British Federation, when Miss Gwladys P. Thyer-Jones M.A, LL.D, attended the C.O.C Conference in Canberra. 1969 at the Christchurch Conference, Soroptimist International President Mrs Marion Stallard were in attendance. (see article published in the paper on her attendance below).

Remembering our service men and women
In 1962 SI Sydney through its sister club Keene, New Hampshire, USA. Sydney members joined with all nations of the world in sending a beautiful piece of opal to be inserted along with stones of other nations in the вЂњAltar of the NationsвЂќ link https://www.cathedralofthepines.org/alter-of-the-nation/ ) which is set in the lovely Cathedral of The Pines, situated in New Hampshire and is a tribute to all those who died in the two World Wars. 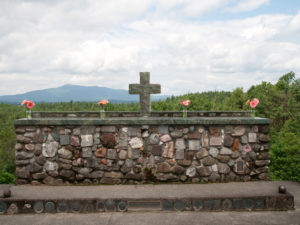 1963 saw the first viewing of the SWP Presidential Insignia, originally designed and crafted by Jeanne Thornton of County of Cumberland club, over the years this insignia has undergone 4 changes, the original insignia, first worn by the chairman of the Co-ordinating Committee of Soroptimist clubs of Australia and New Zealand at the Interim meeting January 1963. The design incorporated the Soroptimist Badge (Soroptimist International Association), the initials A and NZ with the full name of the two countries on the lower half, the words Co-ordinating Committee and the date 1955. The two opals and a greenstone were donated, with wattle and a NZ silver fern engraved within the design.

1964 International Conference was held in Lausanne, Switzerland, the Coordinating Committee was represented by Ann Broinowski (Tasmania) and Margaret Mills (Canberra)

Membership, during this decade 12 new clubs were chartered in Australia and 2 in New Zealand, membership rising to above 1500 with a total of 47 clubs, contributing to the 1475 clubs in 35 countries with a total membership of 45,151. in comparison during this decade Europe had strength in numbers with 300 clubs.
Joy Clarke OSM writes in her memories вЂњ Saturday 3rd of April 165, Epuni Community Centre, Lower Hutt NZ, the charter of SI Lower Hutt, it was a formal dinner, men wore dinner suites and women were in formal evening gowns. 18 charter members were inducted by Dorothy Lye, President of SIGBI. The charter president was Molly Grigor.

The middle part of the decade saw the COC having to make some difficult decisions, as the Greater Brisbane Club was chartered in 1966, it appears the then secretary was at fault as correspondence was being kept from members, she was asked to resign, following a most unpleasant series of events, the C.O.C was forced to refer the whole matter to the Board of Governors which withdrew the Charter of Greater Brisbane in 1967.

Chair of the C.O.C passed to New Zealand member Betty Loughhead, Betty had joined Soroptimist International in 1949. Betty would continue on and be a driving force in the promotion and extension of Soroptimists, becoming a SI President in 1983-1985. It was not until Betty Loughhead was appointed chairperson of the Co-ordinating Committee of Australia and New Zealand in 1967 that a Pacific Federation was seriously considered.  Betty immediately set up a committee to вЂњexamine geographical areas suitable for inclusion in a Pacific Federation, and to make an assessment of the possibility of establishing such a Federation. At the IBM in 1968 the committee reported that the countries to be considered be between the 90 and 180 longitude, Fiji, Hong Kong, India, Indonesia, Japan, Korea, Malaysia, Pakistan, Philippines and Thailand. Whilst the committee had noted Hong Kong and Philippines, its needs to be noted that SIGBI already had a club in Hong Kong with SIA chartering Philippines in 1966. Betty following on with this made the theme for the 1969 Conference to be held in Christchurch вЂњThe Place of Soroptimism in the Pacific вЂ“ Asian AreaвЂќ.   Clubs continued to charter in Australia and New Zealand but to become a Federation in our own right it was required that we have clubs in 3 countries.

1967 Conference held in Hobart, most notable set up was the formation of sub-committees for Status of Women, Constitution, Goodwill and Understanding, Classification, Extension and Editorial and the establishment of the Soroptimist Endowment Fund, a fund to finance a combined project which would be decided upon from suggestions forwarded by clubs, the early pioneer of the Federation Project.  Another First вЂ“ 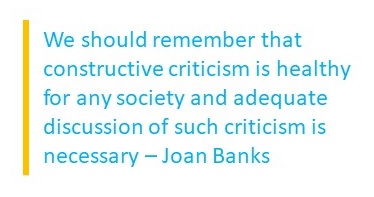 1969 Conference held in Christchurch, was attended by Mrs. Marion Stallard the International President, speaking on International Goodwill. It is believed that Mrs Stallard also encouraged the Committee to consider nominating a member for office at the Federation Level. After the conference Joan Banks, President of Divisional Union of Victoria, who also would become a SI President (1991-1993), wrote to Betty to inform her that the Division Union Council of Victoria had nominated, Mrs Thelma Jarrett as Federation Vice-President, which it was noted would only help amplify our aims of our own Federation, Thelma was duly elected as second Vice President, the first from outside the British Isles. A quote from Joan Banks which we should all still consider is вЂњWe should remember that constructive criticism is healthy for any society and adequate discussion of such criticism is necessary.вЂќ

The extension committee recommended that extension in the Pacific should commence with Fiji.

The awarding of the Soroptimist Endowment Fund, which was to award 3 scholarships to women from the South West Pacific to attend the South Pacific Commission Community Education Centre in Suva Fiji. Working within the Programme of Service of advancing women in vocational training.  At the close of this conference, Chair was passed to Gracemary MacKnnon of Victoria. Maris King and Betty Loughhead became members of a smaller more workable committee with Gracemary as ex-officio for the Sub Committee Pacific Federation, considerable ground work was undertaken and Suva, Fiji was to be the pilot project for extension into the Pacific.

Clubs in the 3 Federations were able to read about the valuable work being undertaken across the world by subscribing and reading the вЂњThe Soroptimist (FGBI), The Link (EFSC) and The American Soroptimis

Early in the decade Soroptimists continued to work to end discrimination against women, Many married Soroptimists wanting to take up part time work, with every SI club encouraged to make a greater effort in their own community to bring pressure to bear on the national parliament in relation to discriminatory laws against women, then the acceptance by the UN General Assembly of the Declaration on the Elimination of all forms of Discrimination against Women. A tool for Soroptimists to use in their advocating.   It was not until November 1966 that the then Prime Minister Harold Holt's government passed a bill to repeal the Marriage Bar.

From the Clubs
SI Christchurch, in 1969 newly arrived from Indonesia to work in Christchurch was Mary Holmes QSM, who joined SI Christchurch, whilst Mary has been a proud Soroptimists she is one of several mother and daughter groups, with both daughters Triena Ong, (Singapore) and Isla Winarto (Jakarta) playing significant roles at all levels of Soroptimism.

SI Mornington Peninsular, in 1963 initiated and arranged a holiday scheme resulting in eight young Aboriginal children from mission stations near Alice Springs going to the Peninsula for a holiday.